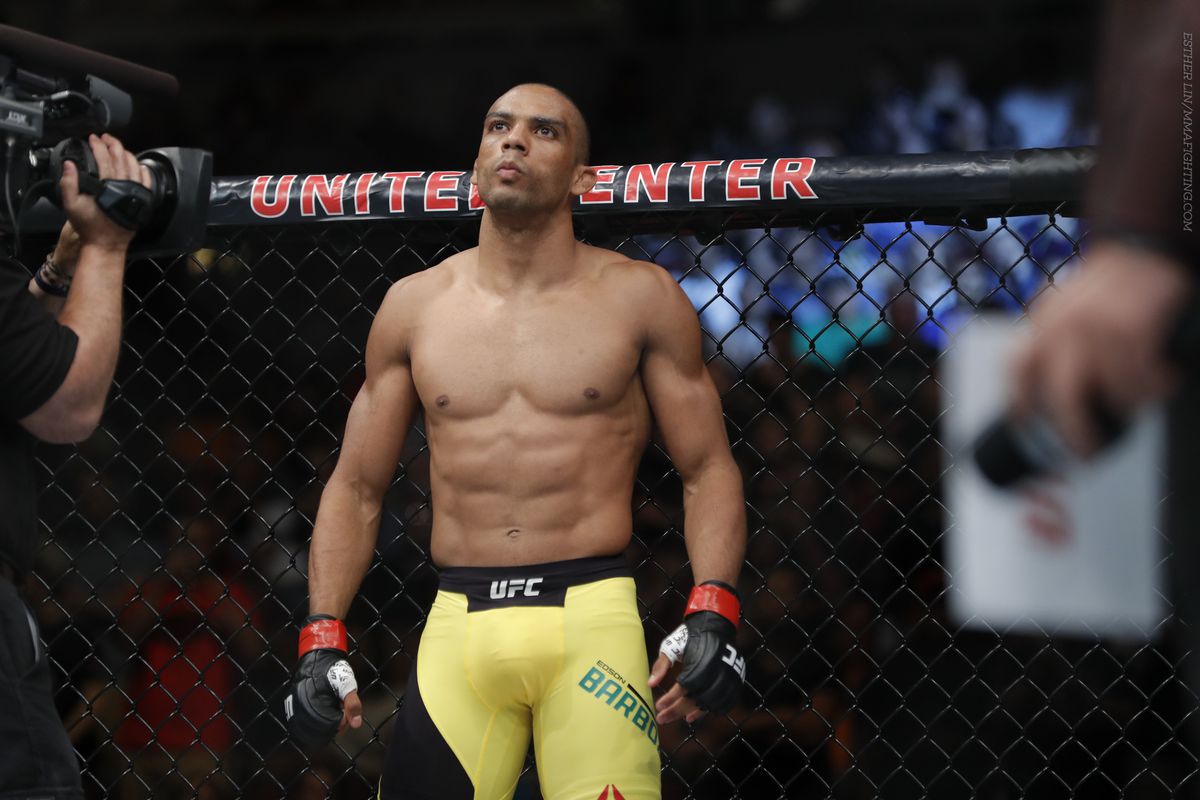 There is no question that one of the fastest-growing sports in the world has been mixed martial arts, and the Ultimate Fighting Championships have been the cornerstone to that growth. With the popularity of the sport, it’s no surprise that more and more betting odds have followed that growth. UFC wagering odds routinely produce great interest with the main card fights, highlighted of course by the main events and title fights that are held every few months all over the world.

Bettors can cash in via a number of different wagers to each fight, from the overall fight winner to props such as how and when a particular fight will end. While that might sound like a lot to process, don't worry – we explain it all on this page so that when the next UFC event comes up on the schedule, you will be ready to make an informed and profitable bet on the action.

The most basic betting element of any UFC match comes down to the odds for either fighter to win the contest. This will be a straight moneyline, as no handicapping “point spread” is needed here. You simply pick a winner, risk whatever amount of money you wish, and if your guy (or gal) wins, you’re paid at the moneyline’s advertised rate.

Of course, one of the things you might want to consider is the fact that different sportsbooks almost always have different payouts for fighters in any given event. Thus, it makes good sense to be a member at several books so you can browse multiple boards to find the best odds values for any specific wager you wish to make. This is called “line shopping,” which is something that will certainly play to your advantage. Indeed, shopping lines is the biggest edge any novice UFC bettor can get, and it’s something every seasoned sports bettor does as a matter of course.

How To Read The Over/Under Betting Odds In The UFC

Most often, the betting line for the over/under round total essentially boils down to whether or not the fight will go the distance or end early. If it's a five-round fight, you will typically see the betting line set with an over/under total of 4.5 rounds. For main event fights, of course, there tend to be several more options for how many rounds the fight will or will not go, and the payouts generally vary quite a bit depending on the outcomes that you pick.

In almost every case when considering a standard UFC matchup, the “favorite” (or most probably) odds will be that the fight will go to a decision and will not be decided in the ring. That’s simply because most fights end in a decision. In a matchup like that, if you take a wager on the fight ending early, you have a very good chance of profiting far more than you risk, which is always good. Underdog picks like this are particularly profitable when applied to multi-bet parlay tickets.

Like with any sport we see, props can cover quite a bit of disparate, in-game action. In terms of the UFC prop odds, some of the more common ones that you will see include those that concern the exact outcome of the fight. Will it be a draw? A decision? Knockout? Submission? There are a few different ways in which the fight can end, so expect some varying payouts as well.

Props aren’t all about the fight result, though, as other factors can come into the picture as well. It really depends on the fight and what's at stake. If it's a standard Saturday night contest with mid-tier athletes and broadcast on cable TV, you won’t get too many props to choose from. However, if it’s a championship title fight between two superstars slugging it out on PPV, you will see an immense amount of props for almost every tiny detail of the matchup.

UFC futures are a bit different than you might see in other sports. If a fight is scheduled months in advance, those betting lines are still considered fight lines, and not futures. For UFC futures, it almost has to be a mythical matchup. What we mean by this is that a matchup would be set down by a futures line to be fought by this date, usually well in advance because matchups are determined several months out to allow for plenty of time to train and prepare.

The futures matchups are usually the ones that fans most want to see, such as the biggest names and ticket/PPV draws to the sport. If there is no action then the wager is returned. But if the bet is set for a particular date and it passes without a fight, the wager is lost. Essentially, UFC future betting odds are typically about whether or not a desired but as-yet-unannounced fight is actually going to happen in a given scheduling window.

With the overturn of the Professional and Amateur Sports Protection Act (PASPA, 1992), several states have already implemented their own brick-and-mortar sports betting venues, and these feature odds for plenty of MMA and UFC fights. However, only a few states with legal sports betting have implemented online sports betting for state residents. However, that doesn’t mean that you’re out of luck if you can’t make it to a physical wagering facility or if you don’t live in those states. Instead, you can use a legal online sportsbook from your iPhone or Android device.

Sites like Bovada, SportsBetting, 5Dimes, and others all offer this service free to their members, and best of all, none of these sites requires you to download any special, proprietary apps to get access to the betting boards on the go. In the future, the App Store and Google Play may allow these sites to have proper mobile betting apps for UFC contests, but for now, these “web app” solutions are definitely the way to go.

The wave of the future, in most sports, has been live betting, allowing fans and bettors alike the opportunities to wager on aspects of a given contest as the game or event plays out in real time. However, this is less common in combat sports like UFC matches, and for good reason. That isn’t to say that the bigger fights won’t have live odds, but oftentimes, the various outcomes are covered before the fight actually starts.

Still, many legal online sportsbooks will have live odds of a limited nature for big bouts, with round-by-round odds changing dynamically depending upon the betting public’s consensus re who is winning and who is losing. As technology advances, there will be more and more live betting in UFC matches, but for now, you can enjoy this on a limited basis with the more marquee fights on the calendar.

The thing that many people fail to realize with Bovada is that every sport you can think of is on this site. UFC is one of the top sports that players can place their wagers on and this also means that alternate lines and UFC odds are available. With banking methods that are safe to use, Bovada is the best book for UFC action. This makes it much easier for players as they can go on one account and all they got to do is just sign up and place their bets.

Knowing that you can go back to the same account is a great thing because now this means that a lot of bonuses and other prizes could be offered because of the consistency of coming back to the same Bovada account. Simple things like sign up for a banking method could easily reward players some type of money. The more money on the account, the more UFC bets can be placed at all times. Take the time out to check out Bovada so that you can see all that it offers including betting on UFC and other sports.

SportsBetting already is known as one of the biggest online sportsbooks out there for players to sign up for and it goes unnoticed that UFC is one of the top sports that is offered on this sportsbook. Many bettors glance at the big sports like the NFL, NBA, and others but UFC has plenty of fights that players find a way to capitalize and win big on these matches. With different matchups, all the time, expect to see some betting odds that would be hard to not bet on.

There are also features here on SportsBetting that make players account much easier to use like mobile betting features which let you use your mobile phone to have access to your account. This is a major plus because with UFC fights set up to go off at any time, if you’re not home, it is still preferred to have an access to the account in case any bets want to be placed at any time. Features also include the live betting feature as well which would let you place a bet during the fight. These are just a few things that you can choose from so it is best to check out the whole site and see what other things that SportsBetting offers

UFC matches are very exciting to watch and sometimes end very fast. Just a few rounds in and the referee is stopping the fight because of the domination. This means that bets placed on MyBookie are already won just as soon as they are placed. Known for other sports, MyBookie has proved to be one of the best online sportsbooks out there. This is why most players refer their friends to sign up which also earns them some type of bonus that they can use in the future. MyBookie does things to show their appreciation for their account holders and adding UFC to their sports is one of them.

Having all these sports also means having a lot of different features like mobile betting and live betting to make sure all prop bets are offered. This will continue to be something that players will like with MyBookie because of the more betting options, the more money can be made. UFC fans have no worries when it comes to what matches will be on their site because every match that occurs will have plenty of prop bets ready for them to choose from. Keep in mind that all players have to be is 18 and older to sign up for an account. Once you have an account be prepared to watch a lot of UFC fights and win a lot of money on them as well!