The search for a new manager continues to bore on following Neil Lennon’s resignation as Celtic manager last week. Names from across the continent, such as Jesse Marsch, Rafa Benitez and Roberto Martinez, have been linked with the vacant managerial position in the East End of Glasgow, alongside many British links, with Eddie Howe and Frank Lampard to name but a few – although, as of yet nothing has come to fruition. Yet, the newest link is a manager who has yet to be linked before; perhaps due to his unfavourable style of play in England’s top division.

According to a report by the Daily Record, Sean Dyche is another leading candidate for the manager’s job at Paradise, although it remains to be seen whether a deal could be struck up by Dominic McKay and the new-look board

It would most certainly be a strange move by all accounts if it were to happen. Dyche has achieved somewhat of a god-like status at the Clarets, and rightly so. Given they were second favourites to go down from the Championship in 2013/14 – having sold Charlie Austin for a measly £4 million to divisional rivals Queens Park Rangers – hope looked bereft at Turf Moor – especially as Dyche was nothing but a rookie in the managerial game.

Incredibly, the East Lancashire side won automatic promotion from the second tier that season and when you fast forward almost eight years, it is amazing to think that Dyche has put Burnley on the brink of a fifth consecutive season in the English top flight, amassing two exceptional promotions and Europa League qualification along the way, with an insanely minimal budget compared to the rest of their Premier League counterparts to boot. 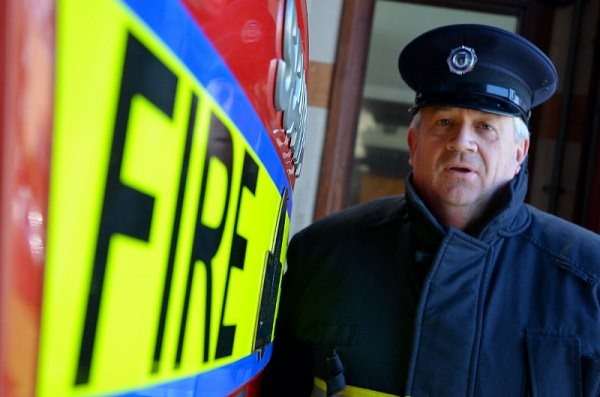 Yes, their football may appear dour on the eye and Burnley do tend to carry the stigma of the ‘hoofball’ that fans are continuously edging away from in the ‘modern football’ era, but there is absolutely no taking away from how well Dyche has done to keep the plucky East Lancashire outfit away from the depths of despair – in this instance the Championship.

It may appear as though I am being harsh towards Burnley here, but having had a season ticket on ‘The Turf’ since Dyche’s arrival, I can wholeheartedly say that Dyche would be an immense appointment for the famous green and white. The ‘hoofball’ stigma is always brought up in arguments with other football fans, but if you were to watch Burnley week in week out like myself, then you would realise there is so much more to his mantra than lumping the ball to two strikers for ninety minutes. In 2017/18, Burnley came 7th in the English Premier League in just their fourth outing in the competition’s history; and the football that Dyche managed to play that season was, at times, breathtaking. Draws away at Old Trafford, Anfield and Wembley (whilst Tottenham Hotspur played there) were followed by an away win at then reigning champions Chelsea, proving it was no fluke that the Clarets came 7th that season, trailing only the top six and coming ahead of the likes of giants Everton and Leicester City.

By far Dyche’s best attribute is his ability to make sure his players give 110% every time they step onto the field. And in a season which has been lacking exactly that for Celtic, it would be an incredibly welcome change at Parkhead.

We don’t expect winning every week; it would be unrealistic to do that. What Celtic fans do expect every week is maximum effort – and Dyche has this typified by the ‘Minimum requirement is Maximum effort’ sign that is proudly erected at the front door of Burnley’s training ground.

There would be some stumbling blocks, however. Burnley were taken over by American consortium ALK Capital on New Years’ Eve, with a lot of promise given about newfound riches which would attempt to take Burnley to becoming the established Premier League side they crave to be. With these riches, alongside every fan worshipping Dyche to the point that he has a pub named after him, it would be illogical for him to move away from a league that he knows so well, from a club that adores him so much. However, having aired his frustrations at spending power for years before this winter’s takeover, he may be forced to move if ALK boss Alan Pace does not give the ginger haired Brit funds to bring in new players for his ageing squad.

Despite this, he sits at a strangely low price of 12/1 with Paddy Power, alongside Steve Clarke and the aforementioned Martinez.

Dyche most likely isn’t going to move to Celtic; his stock has been linked with Everton and Leicester in the past, where he is more likely to receive not only a higher weekly pay check but a fast track to the England job, which would be his dream come true. However, with fellow countryman Steven Gerrard doing well for the other side of Glasgow, it may be a welcome proposition for Dyche if he wants a fresh start – and I have no doubts whatsoever that Celtic fans would warm to him instantly.

The father of Liverpool star Becker has died in Brazil.

The body of Jose Becker, 57, was found around midnight in the city of Bage after a swimming incident, reports The Liverpool Echo.

Mr Becker went missing on Wednesday afternoon after diving into the dam on his property near the town of Rincao do Inferno in the state of Rio Grande do Sul.

The 57-year-old was reported as missing at around 5pm local time on February 24.

The Fire Department of Cacapava do Sul were called to the scene before news emerged out of the region later that evening that Mr Becker's body had been located.

Various reports across Brazil emerged in the early hours of Thursday morning before the tragic news was confirmed by both Fluminense and Sao Paulo's official Twitter accounts.

'We wish all friends and family all the strength.'

Sao Paulo tweeted to their 4.4m followers: 'With much regret, Sao Paulo FC receives the sad news of the death of Jose Agostinho Becker, father of goalkeepers Alisson and Muriel.

'Our condolences and solidarity with the two athletes and their families. A lot of strength and a lot of light at this point.'

The club who Alisson started his professional career with, Internacional, also offered their condolences.

'It is with great sadness that we received the news of Jose Agostinho Becker's death, the father of our ex-goalkeepers Alisson and Muriel,' they posted.

'Clube do Povo wishes strength to family and friends in this moment of so much pain.'

Alisson's father was a huge influence on his decision to become a goalkeeper as a junior footballer.

In 2018, the Reds shot-stopper said: “I have a family of goalkeepers.

“My father played for his work team, my mother played handball in school, and my grandfather played in amateur football. Spin and win cash instantly.

'And after all this, came my brother playing and then I started to like it, too.'