An additional feast for US-based poker players awaits just days after the Christmas Holidays. For the first time, poker enthusiasts located in New Jersey can participate in a WPT Main Tour online event. The WPT Online Poker Open $3500 Main Event features a guaranteed prize pool of $1 million with a single starting day and runs from December 27-29, 2020.

The seat draw will take place on the evening prior to Day 1 of the tournament. All chips will be put in play at the start and players will be required to take their seats at the very beginning of the tournament. All Invitation Holders will be separated from the Guests in the seat draw and remain separated until the end of Level 6. Upcoming WPT500 Events Offer Million-Dollar Guarantees at Accessible Price Points. The WPT500 series, the World Poker Tour’s accessible live tournament offering at an affordable price point, is coming to Los Angeles and Las Vegas for two can’t-miss poker tournaments! WPT500 Los Angeles: May 21-31 at The Gardens Casino.

The guarantee for the event can certainly be considered as ambitious considering the fact that it takes place in the ring-fenced New Jersey market. Participants have to be located in the Garden State in order to access the tournament via the partypoker US network and can then register on either partypoker NJ, BetMGM Poker or Borgata Poker.

“The WPT Online Poker Open brings the most prestigious prize in poker to New Jersey and the partypoker US Network,” said Adam Pliska, CEO of the World Poker Tour. “WPT’s continued pivot toward online will continue with another landmark for regulated online poker in the United States.”

The namesake WPT Online Poker Open already took place back in June 2020, the $400 Main Event attracted a field of 868 entries. The prize pool of $317,540 set a new record for the partypoker US network back then, which has since been toppled.

In September 2020, the World Poker Tour teamed up with partypoker New Jersey once more to host the WPT Borgata Online Series. The festival included 10 events in total, and the $1,060 Main Event attracted a field of 440 entries for a prize pool of $432,700. Tony ‘ToNiSiNzz’ Sinishtaj emerged as the champion and claimed the top prize of $77,349.

A total of $917,300 in prize money was awarded throughout the series, which will now be surpassed in the days to come.

With at least $1 million up for grabs, the $3500 Main Event equals the biggest guarantee in the history of regulated online poker in the US. During the 2018 World Series of Poker, two WSOP Online Bracelet Eventsfeatured the same guarantee in the shared player pool of New Jersey, Nevada and Delaware.

“WPT Online and the partypoker US Network are pushing online poker in New Jersey and the United States to another peak with the WPT Online Poker Open Main Tour event,” said Angelica Hael, VP of Global Tour Management for the World Poker Tour. “Following back-to-back record-setting events, this $1 million guarantee will push our partnership to new heights.”

The overall online poker traffic in New Jersey has also seen a significant leap compared to the previous year and will aim to finish 2020 on a high. For the first time in its history, the New Jersey online poker market produced revenue of more than $30 million and had achieved that by September already. The partypoker US Network enjoyed the biggest growth among all competitors and was up 78%.

The winner of the WPT Online Poker Open Main Tour Event in New Jersey will have their name engraved on the Mike Sexton WPT Champions Cup. Five players achieved this feat during the international WPT World Online Championships $10,000 Main Event on partypoker in July and September 2020.

On top of the prize money and the bragging rights, the newest member of the WPT Champions Club will also receive a $15,000 seat into the prestigious WPT Tournament of Champions presented by Baccarat Crystal.

Among those competing will be WPT Main Event champion Tony Dunst, who hopes to fade his WPT lead commentator duties alongside Vince Van Patten for the live-streamed final table on December 29. Dunst will make the road trip to the Garden State in order to try to add a second WPT Main Tour title to his resume.

“partypoker US Network welcomes the Mike Sexton WPT Champions Cup back to New Jersey for the WPT Online Poker Open. This event promises the opportunity for players of all bankrolls to compete for the most coveted prize in poker,” said Ray Stefanelli, Director of Poker for partypoker US Network, back when the event was first announced. “Come December, we look forward to welcoming players from across the US to New Jersey for a chance to compete for their share of the $1 million guarantee.”

Prior to the weekend on which the $3500 Main Event is hosted, nearly 150 players were already registered putting the event on track to meet the ambitious guarantee. Among them were more than 100 satellite winners who have entered the fray on a bargain.

The satellite system on the partypoker US network has given players the chance to win their entry from as low as $0.25 with further step qualifiers available at $5, $45 and $400.

David “TheKing411” Coleman turned a $45 satellite entry into a top prize of $56,586 in the previous WPT Online Poker Open $400 Main Event and qualified once more.

The only regulated online poker room in Michigan, PokerStars MI, has announced the state’s first ever online poker tournament series: The Michigan Championship of Online Poker, or MICOOP.

For players in Michigan, you won’t have long to wait to get in on the action: MICOOP 2021 kicks off on February 20, just 11 days away. A cool $1 million is guaranteed across the series, with dozens of tournaments across a variety of formats on offer, with events to suit all bankrolls. The series runs for over two weeks.

Not to toot our own horn, but pokerfuse predicted exactly this just last week. Still it is excellent to see the operator gearing up for such a huge series so quickly out of the gate.

It is right up there with the tournament series we’ve seen in Pennsylvania and New Jersey. The last NJCOOP was a $1 million series. The first ever PACOOP also had $1 million guaranteed, though the latest one was bumped a bit higher.

And players watch out: When these series have been first introduced in other US regulated markets, there have been overlays. PokerStars has shown that it isn’t afraid to go big with first guarantees so they can promote big banner $1 million figures. In fact, just last Sunday we spotted a pretty valuable overlay for players.

So MTT players could well be in for some great value—both in promotions and big guarantees, and maybe even some spots of value in the ambitious schedule.

Other highlights include two Special Editions of the operator’s flagship weekend tournament, the Sunday Special. One has a $200 buy-in, the other $250, with guarantees of $40,000 and $50,000, respectively.

It is an older slot machine but still a good game to enjoy for free or real money at several online casinos. Fast Start Guide Free Pompeii Slot Game. This game is played across most casinos in the USA and Australia and instead of paylines, it offers 243 ways of winning along with 5 reels. It is one of the most popular Reel Power slots from Aristocrat. It takes the Italian city of Pompeii which was destroyed by a. Pompeii slot machine is available to play for free. Play without having to make any deposits and find out personally if it’s a slot worthy in your mind to deposit money into. Open accountComplete easy registration at the secure online casino website. Make depositDeposit money using any of your preferred deposit methods. Pompeii by Aristocrat – Slot Machine Review. A small piece of history is being served to us in this Aristocrat release, Pompeii obviously being inspired by the famous city of Ancient Roman origin, which was destroyed when Mount Vesuvius erupted close to two millenia ago. It happened in the year 79 AD, and now we have an opportunity to get a glimpse into how life was like for the city’s. Play pompeii slot machine online free. Yes, you can play Pompeii slots for free at penny-slot-machines.com - this website is considered to be the safest free slots site on the web, because of their strict. Most tournaments are, naturally, NL Hold’em, but these run the gamut of PokerStars’ MTT variants: PKOs, Deepstacks, Big Ante, Rebuys, Freezeouts, Marathons, and Zoom MTTs, spread across slow, turbo and hyper speeds, are all on the docket.

But there is also a decent mix of less common variants, including five PLO events, plus one each of Omaha hi/lo, 5 Card Omaha, Limit Stud Hi/Lo, 5-Card Draw, HORSE and 8-Game.

Players yet to sign up take notice: This is going to be the only big MTT series available in a regulated online poker room for quite a few weeks. The operator has gone big on guarantees, so there will be some chance of overlays. Plus there are some pretty big promotions around it.

Firstly, all players that Deposit $30 or more with the code ‘MICOOP’ before 13:59 ET on March 7 get a free ticket to the $10,500 MICOOP Main Event Depositor Freeroll. This is the first promotion available to existing players who have already taken advantage of their welcome bonuses.

This freeroll guarantees 35 tickets to the Main Event, valued at $300. This event could only get low-hundreds of runners, so there’s a lot of value there for all players.

If you haven’t signed up to PokerStars MI, now is the perfect time. You can download the client with the button below and take advantage of their $30 free-play bonus by depositing $20 or more and using the bonus code FREE30, or you can do the 100% deposit match bonus with code STARS600. 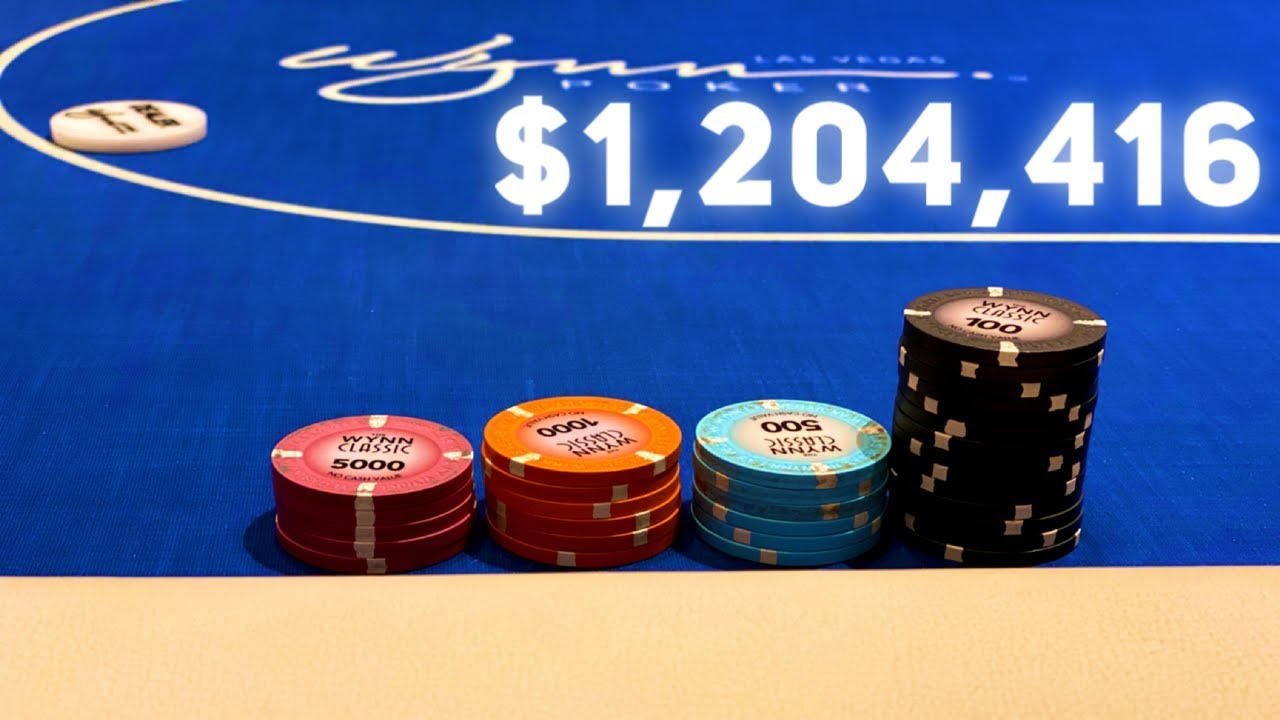 PokerStars is also running its Second Chance All-in Shootout Freerolls that have proven popular in other markets. If you bust out of the money of any event, you win a ticket to an All-In Shootout. These are all-in tournaments—basically, a random lottery of prizes—that will award prizes to next MICOOP events.

In total, the operator has earmarked $20,000 in tickets to be distributed in these freerolls—a lot of value for players interesting in playing multiple MICOOP 2021 events.

This is an ambitious first outing for PokerStars. Perhaps not all too surprising giving the traffic numbers seen in just the first days of launch—it is currently the largest regulated online poker room anywhere in the United States—but it should be very welcome for players interesting in hitting the virtual tables.

PokerStars MICOOP Starts on February 20 and runs through to March 8. All players can gain entry to the freeroll from today with a deposit of $30 or more with the bonus code MICOOP. This freeroll runs on March 7.