Daniel Negreanu Net Worth: Daniel Negreanu became a big name in poker very early on in his life. Despite being one of the youngest players in the business when he started out, he soon impressed fans and pros alike as he started winning big tournaments. Daniel Negreanu’s net worth is due to an individual strategy that has allowed him to continually advance his skills and, in turn, his career in the poker industry.

Daniel Negreanu 2018’s estimated net worth is $50 million, and is way above Phil Hellmuth net worth, another of the world’s richest poker players. But this didn’t come from live poker tournament winnings alone. He won lots more playing for the High Stakes Poker television show. Daniel Negreanu is a holder of six bracelets of World Series of Poker. Moreover, he is a title holder of two World Poker Tours. With such winnings, a lot of financial success also comes, which adds a lot of revenues to Daniel Negreanu net worth, as well. According to Casino, Daniel Negreanu is the 5th richest poker player in the world with a total of $50 million to his name. Most of his wealth has been earned through various poker tournaments including the World Series of Poker. After he won in a WSOP tournament, the young poker player gained the courage to compete in other major tournaments.

There are many skills to be learned from an elite player like Daniel Negreanu. His consistent strategy and professional method of play is something that all players should aspire to. Negreanu preaches that if you find a strategy that works, then there is no need to make any changes.

Negreanu is now one of the most well-known and successful poker players, and for a good reason. So just how did he become such a fantastic player, and what is Daniel Negreanu’s net worth?

Born in Toronto on 26th July 1974, Daniel Negreanu showed an aptitude for poker from a young age. He made wagers and played various billiard hall games during his high school years, and bettered his classmates the majority of the time. He always had a competitive nature, which led to him developing his expertise and strategy in poker.

Negreanu dropped out of high school but was only one credit short of graduation. He put all his skills and knowledge to good use in his poker playing, developing his own unique strategy for the game. His method involved observing the other players to determine the reasoning behind the moves they made. This tactic worked extremely well for him, as it meant he could adjust his approach dependent on the strategy of his opponent.

Negreanu’s abilities meant he was able to move on to playing in Las Vegas at only 21 years-old. His first professional game, unfortunately, had an unsuccessful finish, but he modified his strategies and steadily started to make his name in the Canadian card rooms.

His youth often made Negreanu the joke in the professional poker circles. He was nicknamed ‘kid poker’ as he started out in the smaller tournaments. However, he came into his own and earned the respect of other poker pros after an excellent run in the 1998 World Series of Poker (WSOP). This was his first international recognition; he then went on to compete in tournaments worldwide.

After winning his first WSOP bracelet in the 1998 tournament, Daniel Negreanu’s career was all uphill. Shortly after the WSOP, he took part in the US championship, which he also won. He then went on to further perfect his current strategies and develop some new ones, making him prepared for any scenario.

Negreanu continued his career with a series of wins, and his work was rewarded when he won another WSOP bracelet in 2003. In 2004 he was awarded the WPT Player of the Year award. In addition to this, he was the winner of both the Borgata Poker Open and the WPT World Championship in that year. 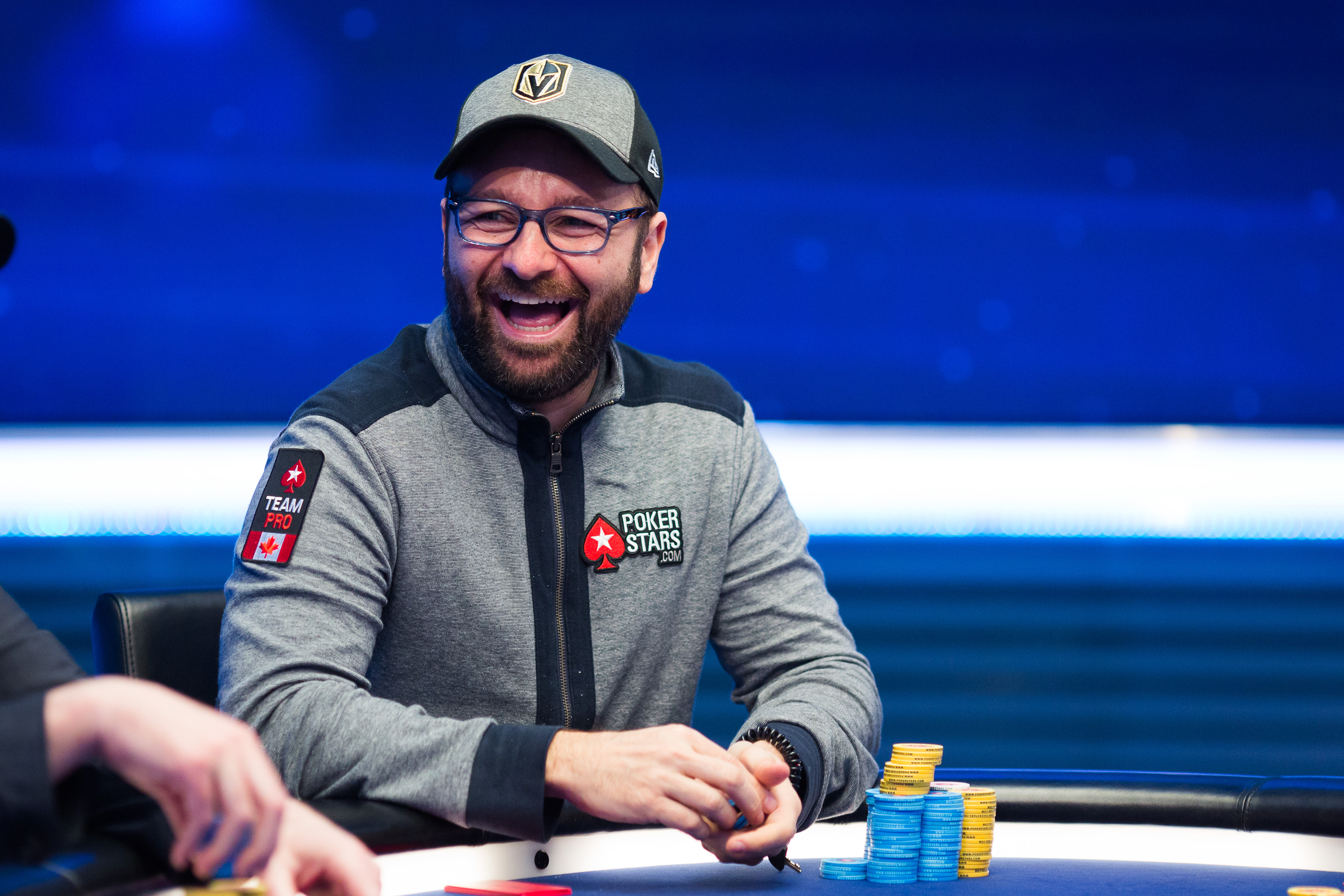 Even with his continued success, Daniel Negreanu has never stopped trying to improve his skills. This has been worth his while as he continues to enjoy an incredibly successful career. He won yet another bracelet in the 2004 WSOP, enjoying wins in five different events of that particular series, and significantly contributing to Daniel Negreanu’s net worth.

Part of the reason for his success again links back to Negreanu’s distinctive playing style. Years of practice have made him an expert at reacting to different scenarios during gameplay. Negreanu is also always thinking about the long game and not only the current hand in play.

This has allowed him to pull off some wins that may not have seemed possible from the outset. He has learned how to tip the odds in his favor, irrelevant to the hand he has been dealt.

Daniel Negreanu Achievements at a glance

Daniel Negreanu’s net worth is currently around $50 million. This is evidence of the number of wins he has accumulated and the times he has ended a tournament or championship in the money. Negreanu is the biggest live poker tournament winner of all time. In the course of his poker career, he has totaled a massive $33 million in prize money. This makes him one of the richest poker players to ever have lived.

Negreanu not only plays poker as his profession, but also as his passion. Something he enjoys developing in his spare time is his educational poker videos. In these, he talks about his strategies in detail and explains how he plays out games. These are helpful for any aspiring poker player, as it would make no sense not to take advantage of a strategy used by one of the most successful players in the industry.

Another thing that Daniel Negreanu has an interest in is politics. He has previously offered a reward of $100,000 for someone to find him incriminating tapes of Donald Trump. He’s particularly active on Twitter, where he often shares his political views and opinions. However, this has caused some controversy among his fan-base, with some people disagreeing with his political involvement.

Daniel Negreanu is also known to be charitable and generous with his wealth. He’s known for making some substantial donations to various organizations. He also gives money to causes that help the underprivileged.

Conclusion: Negreanu, All Grown Up

It’s safe to say that ‘Kid Poker’ grew up into a professional and respected player in the poker community. His passion for poker has encouraged him to perfect his consistent winning strategy continually. He remains one of the best in the business and continues to cash in at big tournaments.

Daniel Negreanu is someone for every young player to study and aspire too. He’s always so open with tips and strategies in his videos, so go and get studying!

How Rich Is Daniel Negreanu