By John Grochowski
My friend Mark isn’t a casino regular, but he likes to play a little video poker now and then. His goal is just to have a good time and stay in action for a couple of hours.
“Do you have a guide to how much cash I need to last a couple of hours?” he asked.
I showed him the bankroll calculator on Video Poker for Winners software, and assumed expert play for 1,000 hands --- about two hours play for anaverage player.
First up was Jacks or Better on three pay tables --- the full-pay 9-6 game, paying 9-for-1 on full houses and 6-for-1 on flushes, which returns 99.54 percent with expert play; the 8-5 game(97.30 percent); and the 7-5 game (96.15 percent) that’s becoming all too common on quarter games.
Jacks or Better is the least volatile of common video poker games, a game that’s designed to keep you in your seat. There are no big four-of-a-kind bonuses that are going to make your day. Allquads pay 125 coins for a five-coin wager. But the 2-for-1 payoff on two pairs packs a different kind of wallop, one that will keep you going for extra chances at the bigger pays.
The average loss for two hours of betting $1.25 a hand on a quarter machine is $5.75 with a 9-6 pay table, $34.75 at 8-5 and $48.12 at 7-5 --- which ought to tell you why I’m alwaysharping on finding the best pay tables. In the days when each video poker machine had just one game --- no touching the screen to try a different game --- I once found a long row of 18 machinesthat alternated between 9-6 and 8-5 pay tables. There were as many players at the low-payers as at the 9-6ers. Ugh.
The required bankroll is much higher than the average loss if you want to give yourself enough for a 5 percent risk of ruin --- a 95 percent chance of surviving two hours without losing it all.That takes $165 on 9-6 Jacks, $185 at 8-5 and $195 at 7-5.
Your chances of having a winning session after two hours are 34.54 percent at 9-6, 22.35 percent at 8-5 and 17.19 percent at 7-5. Settling for a 7-5 pay table instead of 9-6 cuts your chancesof winning in half.
Then I checked probably the most popular video poker game: Double Double Bonus Poker. With a 9-6 pay table, it’s a 98.98 percent return, $12.75 average loss in two hours on a quarter machine,with a $300 bankroll for a 5 percent risk of ruin and a 35.46 percent chance of a winning session. On the 8-5 version that’s become all too common, the payback percentage falls to 96.79percent, average two-hour loss increases to $40.12, the bankroll requirement rises to $320, and the chance of a winning session drops to 30.75 percent.
Double Double Bonus Poker is the more volatile game, with more of its payback concentrated into relatively rare four-of-a-kind hands. Most quads pay 250 for a five-coin wager, and the rewardrises to 400 on four 2s, 3s or 4s; 800 if those low quads are accompanied by an Ace, 2, 3 or 4 kicker; 800 on four Aces; and 2,000 on four Aces with a 2, 3 or 4 kicker. The two-pairs return isreduced to 1-for-1 ---- you just get your money back.
That’s why Double Double Bonus bankroll requirements are higher than in Jacks or Better. But in any game, cuts in the pay table slash your chances of winning. Be wary.
LONGER SESSIONS: Two-hour sessions are extremely volatile. Just about anything can happen in any session as short as a couple of hours. But I’ve had many a two-hour session back when that wasthe length of a riverboat casino cruise, and still often go to a local casino to play for a couple of hours and have lunch or dinner.
But what if you’re going to play longer? What if you’re going on an overnight stay and figure to get in, say, 10 hours of play? Do you have to multiply two-hour bankroll requirements byfive?
No, you don’t. Longer sessions smooth things out a bit. For 10 hours of quarter play on 9-6 Jacks or Better, the bankroll for a 5 percent risk of ruin doesn’t quintuple from $165 to $825.Instead, it’s less than tripled, at $450, while the bankroll requirement for 8-5 Jacks rises to $570.
On the more volatile Double Double Bonus Poker, that $300 bankroll for a 5 percent risk or ruin for two hours rises to $885. That’s a big chunk of cash, but at least it’s not the $1,500 you getwhen multiplying the $300 by five. On the 8-5 version, the bankroll needed for 10 hours is $1,010, and that’s one reason I just won’t play 8-5 Double Double Bonus Poker. 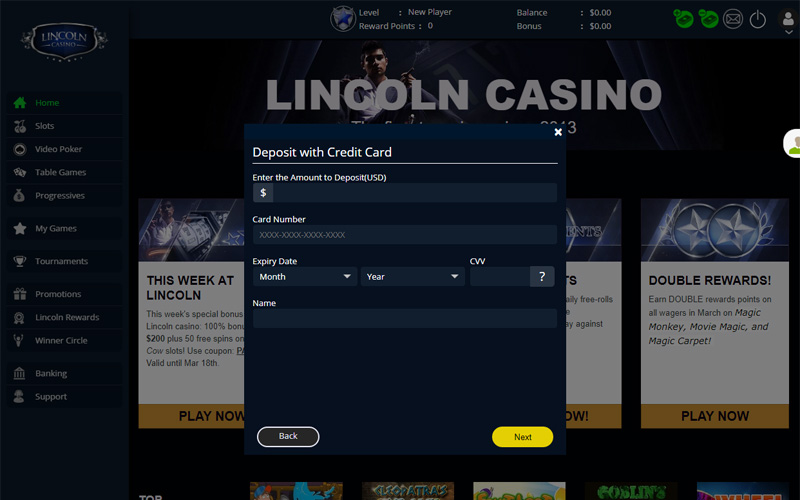 John Grochowski writes about casino games and the gambling industry in his weekly 'Gaming' column, which is syndicated in newspapers and Web sites across the United States. John is also theauthor of six books on casinos and casino games.

Double Double Bonus: Similar to Double Bonus but much more volatile, it’s now possible to earn an even bigger four-of-a-kind prize if you can also hit a low “kicker” with your fifth card. For instance, four aces and a two, three, or four will earn you 400-1. VpFREE2 has 5 unique pay tables for the Triple Double Bonus (aka: TDB) video poker game. Of these, vpFREE2 considers 1 game 'good' or 'playable', under typical circumstances, with a return of at least 99%, including TDB (FP). At least those 1 game may appear in the casino pages. Other, lower returning variants may also appear if they are. The next variation in the ‘Bonus Poker‘ family is a bit different than the two we’ve looked at in the most recent articles–‘Double Double Bonus‘ and ‘Super Double Double Bonus‘. ‘Triple Double Bonus’ is well liked by many ‘sharp‘ video poker players even though its returns aren’t anything special.The most player-friendly pay table returns 99.58% and the most common.